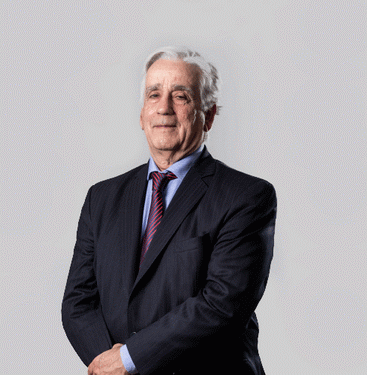 Carlos Manuel Bastos has vast expertise as an independent consultant in the energy field, assessing companies of the sector in issues related to the regulatory framework and tariffs. He has also acted in several arbitration cases as arbitrator and expert witness in the energy industry and he has been appointed: as Director of Ente NacionalRegulador de la Electricidad ENRE Since march 2016 until January 2018;  Minister of Infrastructure of Argentina since March 2001 up to December 2001 and from April 1991 up to November 1996 as Secretary of Energy of Argentina.

As Secretary of Energy he was responsible for the planning, definition and execution of the governmental policies within the energy sector in Argentina. Electricity first and then oil and gas reforms were headed by the Secretariat he was in charge of. The tasks developed ended with the deepest reform ever made in Argentina, establishing a regulatory framework that created a very competitive environment and the privatization of the state owned companies.