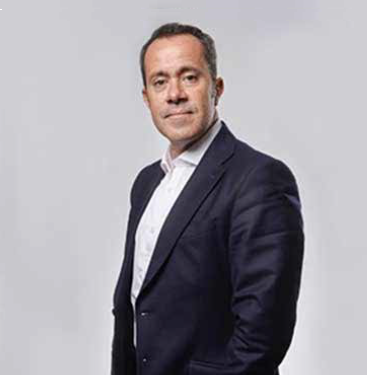 Javier Alvarez is an Agricultural Engineer (Universidad Nacional del Litoral Argentina) and has an MA in Environmental Politics and Globalisation (Kings College UK) with more than 25 years experience in project development with an important proven track on natural resources projects in Latin America, Africa and Europe working with international organizations, national and local governments and corporations (from sectors such as Oil & Gas, agribusiness and public services).
Javier founded in 1992 Fundacion Habitat & Desarrollo which became a large national NGO dealing with biodiversity conservation and CSR projects, he was the CEO of the Foundation, member of the IUCN – The World Conservation Union – for more than a decade. He later worked for an international Foundation based in London with a special focus on Africa.

He was Executive Director of the British Argentine Chamber of Commerce BACC from 2007 to 2011 and he has been a Director of the BACC since then. In 2012 Javier joined Andes Energia plc board as a Non Executive Director and has played this role of Director in the renamed company: Phoenix Global Resources plc. until june 2020. Additionally, he has been working for Pamar Construcciones since 2014 and more recently on projects for Integra Cultural Industries, with initiatives with institutions in China, the UK, Latin America, Europe and the United States